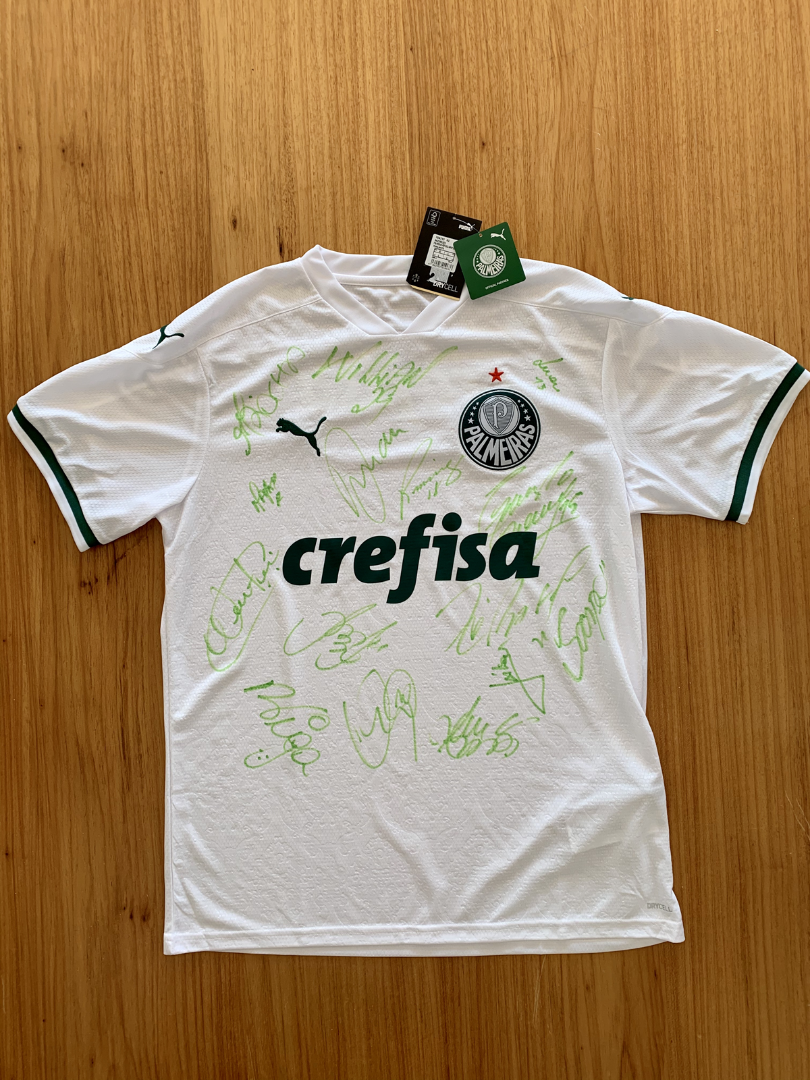 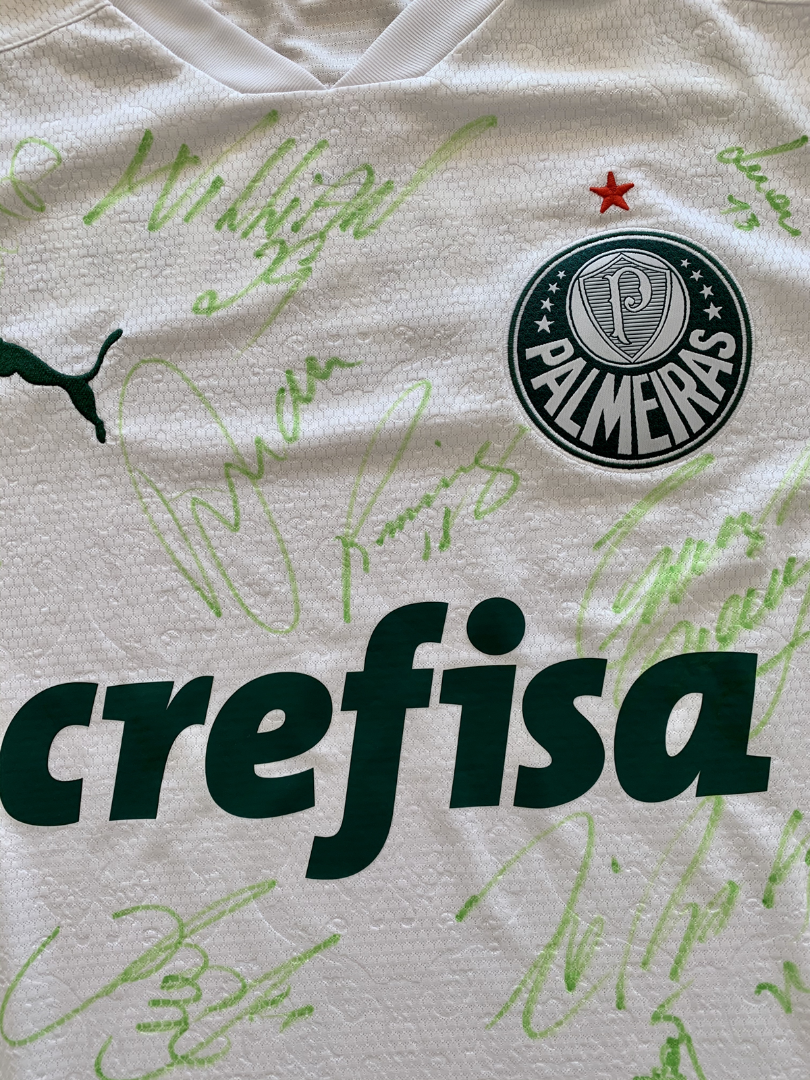 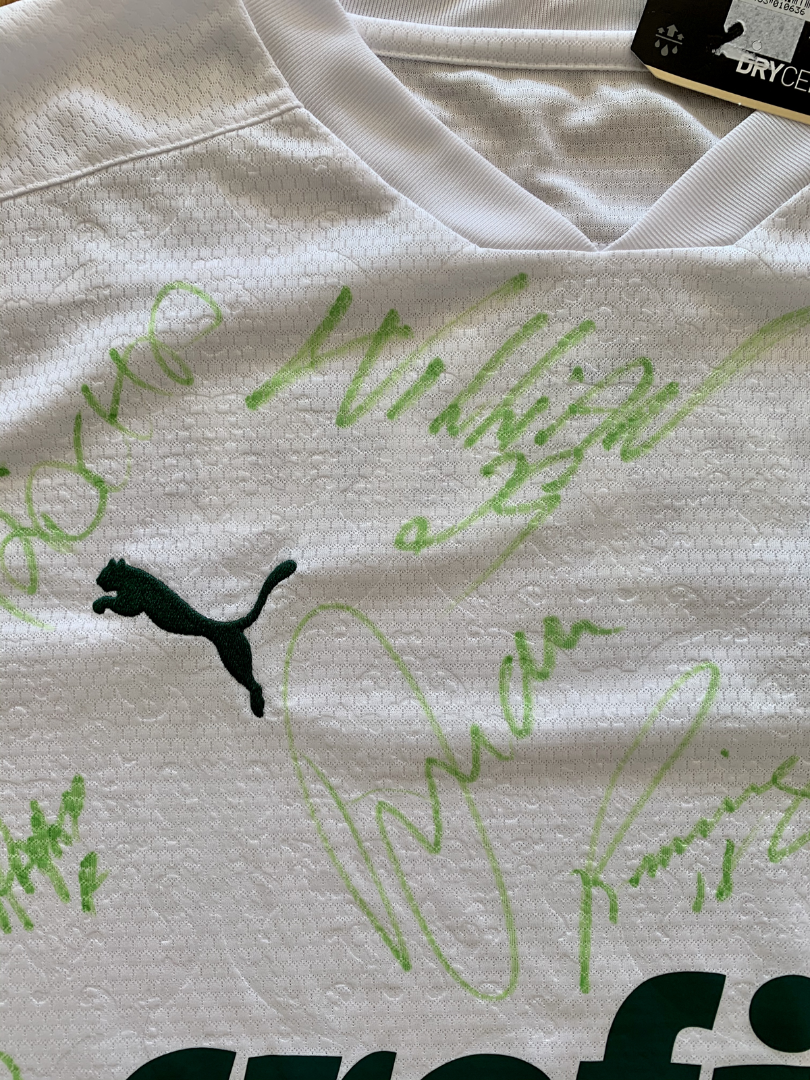 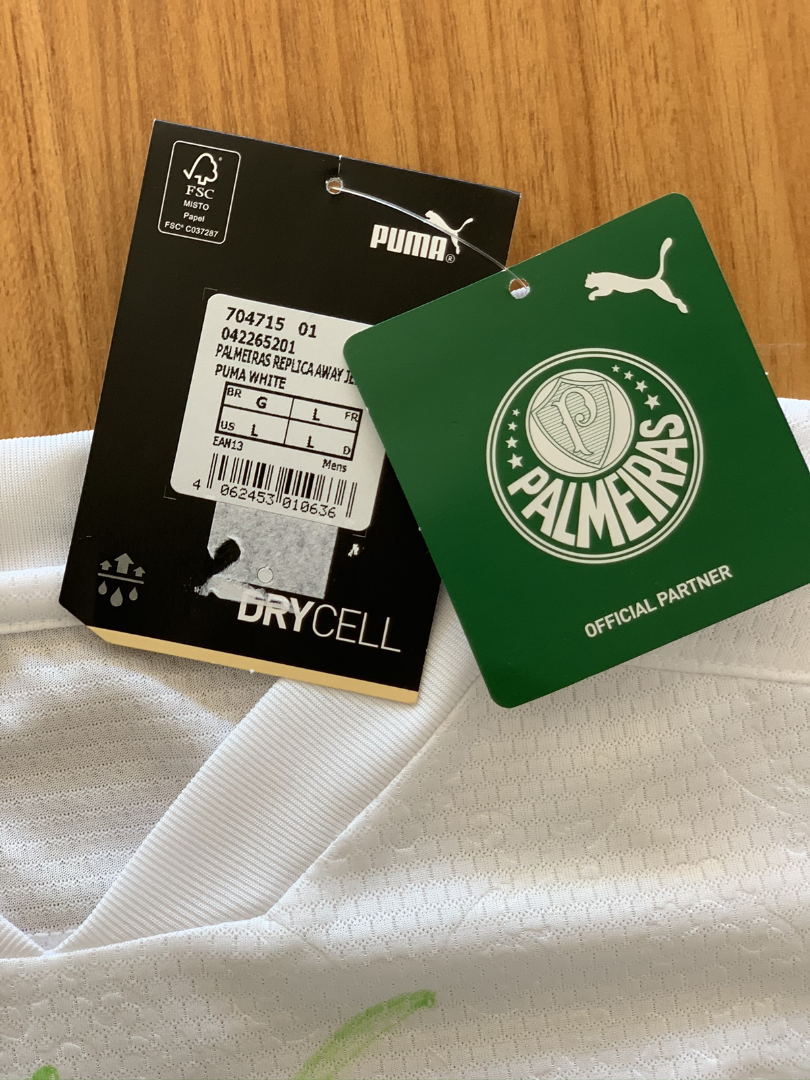 Proceeds support DESAFIO10X10.
Help to promote this cause

Palmeirense supporter and if we turned the game around and won the hunger?
The Sociedade Esportiva Palmeiras has been praised for its attitude towards the pandemic. The actions taken by the club chaired by Maurício Galiotte contribute to efforts to fight the coronavirus. One of them is the support network created to publicize organizations that assist or act directly in the face of the pandemic and give visibility to the work.
With this view of responsibility, Palmeiras accepted the 10x10 Challenge and went all out in this Gymkhana.
Three new official shirts autographed by Palmeiras players during the activities of the palmeirense squad on July 3, at the club's training center, will be auctioned on the eSolidar platform. Among the players who signed the shirts are Willian “Bigode”, Gustavo Scarpa, Jailson, Ramires, Felipe Melo, Dudu and Luan. All the money raised will go to the Desafio10x10 project and will be used in food cards, which will go to the population living in low-income communities throughout Brazil. This distribution will take place through our partners: CUFA, Gerando Falcões, Childfund and the World Food Program (WFP) Center for Excellence against Hunger.

About the 10x10 Challenge
The 10x10 Challenge was designed to help millions of families fight hunger, whose situation has worsened dramatically with the coronavirus pandemic. A study by researchers from England and Australia, together with the United Nations World Institute for Economic Research for Development (UNU-WIDER), indicates that the pandemic could lead 14 million Brazilians to total poverty.
The base of the contest is the platform https://desafio10x10.com.br/. It is here that supporters are challenging their fan base, friends and relatives, based on the passions that move all Brazilians, such as music, sports and games. And the challenge is simple: contribute to the collection and bring at least 10 new people from their respective networks. The result of the collection is displayed in real time on the platform, increasing the feeling of competition and cooperation.

About Palmeiras
Sociedade Esportiva Palmeiras is one of the most traditional football clubs in Brazil, headquartered in the city of São Paulo.
In addition to the titles of the Brazilian and São Paulo championships, the winning of the Copa Libertadores da América, in 1999, is considered one of the most important of the Alviverde club.
Palmeiras is the Brazilian team with the largest number of national titles won, being the only one to win all the official competitions that it has created in the country. It has 14 achievements of this size, with greater emphasis on its ten titles of the Brazilian Championship: 1960 , 1967, 1969, 1972, 1973, 1993, 1994, 2016 and 2018. In addition to these championships, Palmeiras has already won the 1998, 2012 and 2015 World Cups and the 2000 Champions Cup.