Gastão Elias’ official tennis racket with his own autograph 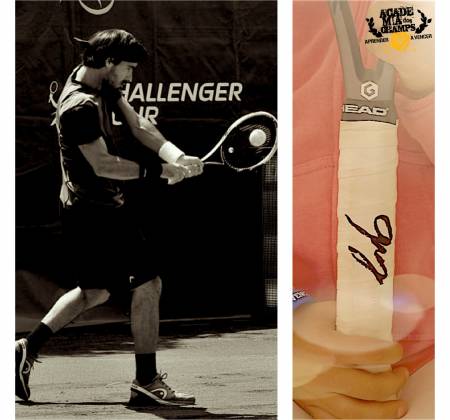 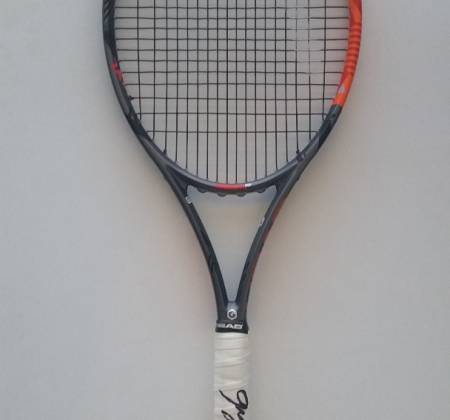 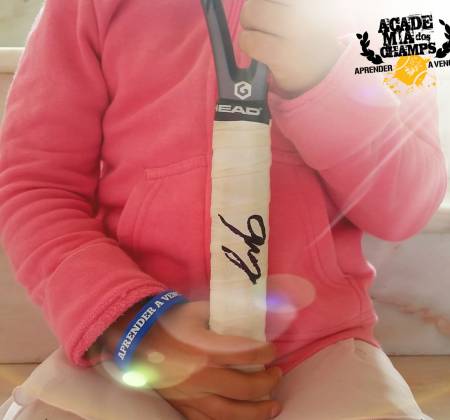 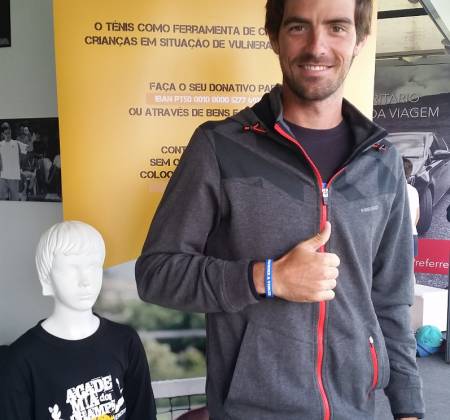 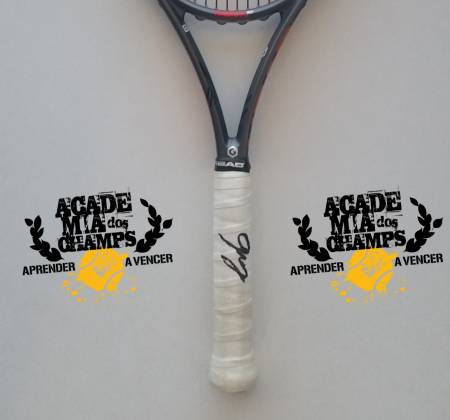 Gastão Elias’ official tennis racket with his own autograph

Proceeds support Academia dos Champs.
Help to promote this cause

You’re bidding on Gastão Elias’ original tennis racket, with his own autograph to support Academia dos Champs project. This racket led the Portuguese tennis player to an unprecedented entry into the top 100 of the ATP World Tour ranking on the 25th of April, 2016.

Elias is currently ranked second in Portugal, and has given his latest contribution to Academia dos Champs, by donating his autographed racket, the same racket with which he converted the championship point at the ATP Challenger in Turin, Italy; a fifth career title that led him to the 94th position on the ATP World Tour ranking.

At 25, Gastão Elias became only the fifth Portuguese tennis player in history to join the Top 100 of the ATP World Tour ranking – along with fellow countrymen Nuno Marques, Frederico Gil, Rui Machado and João Sousa. Proceeds from this auction will help support the costs of tennis lessons in the Academia dos Champs.

Founded in 2009, Academia dos Champs is a private social solidarity institution that uses the practice of tennis as a tool for social integration and to motivate children to pursue a healthy lifestyle, providing them with positive guidelines so they can build a better future. Having eight centres spread all over Portugal, the project works with 150 students (6-18 years old) and in 2015, more than 2,200 tennis lessons were given.

NOTE: The delivery of the racket could be made in person by Gastão Elias, during the Davis Cup tie between Portugal and Slovenia, to be held in Viana do Castelo, Portugal, from the 16th to the 18th of September, 2016.

Please note if you cannot collect in person, postage is not included as part of the final bid.