Surf Shortboard autographed by Kikas, Medina, Toledo and others 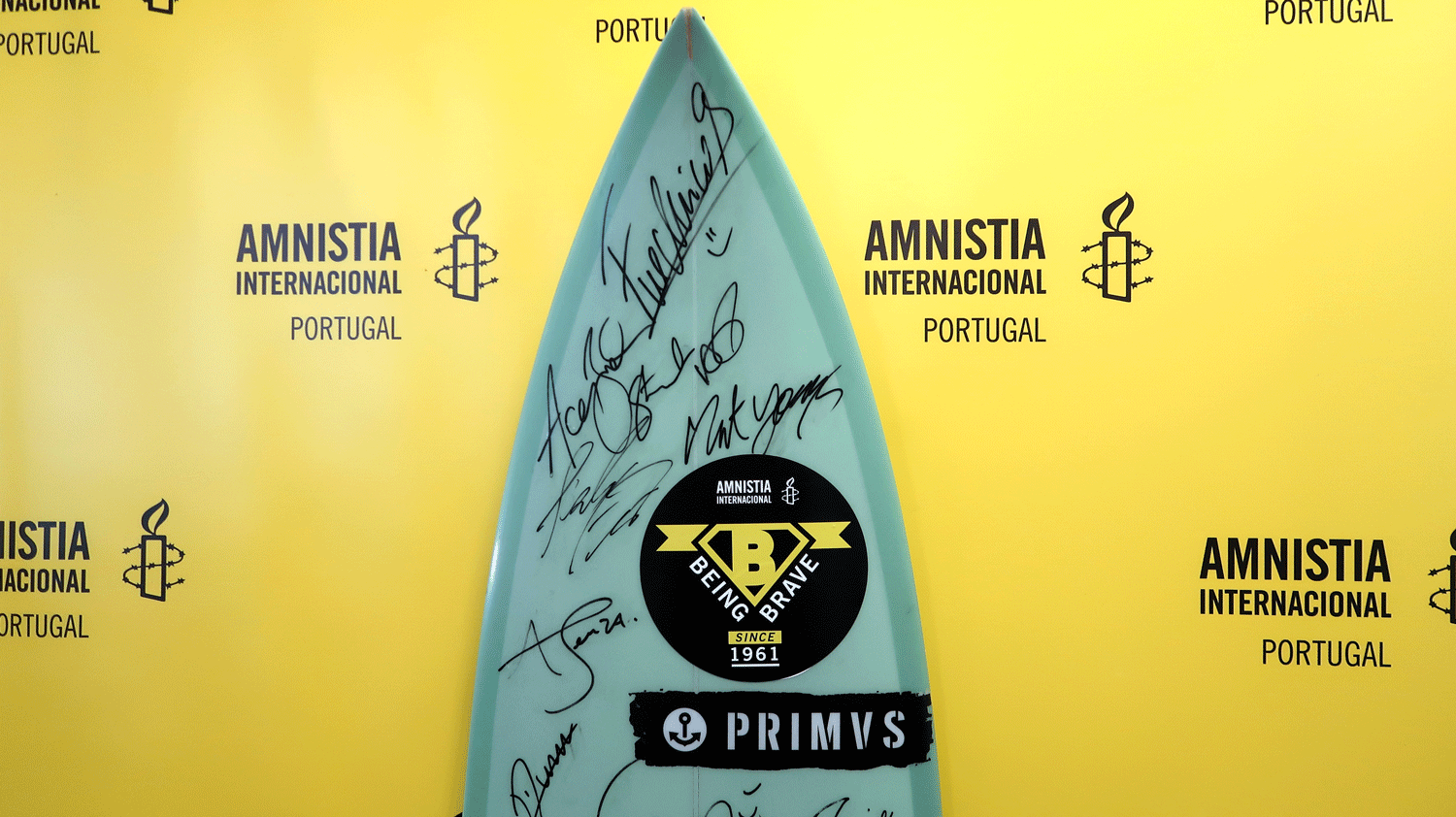 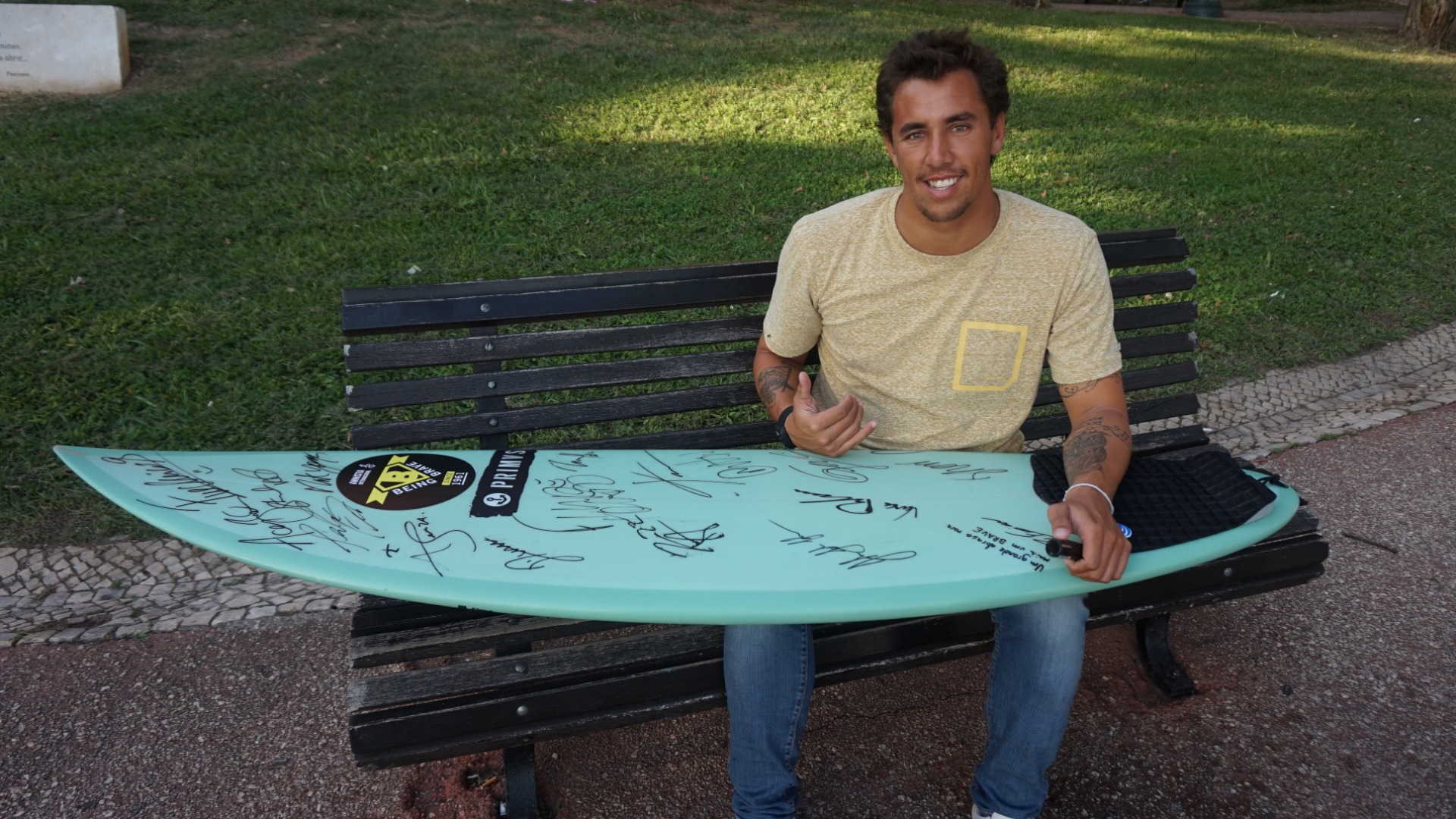 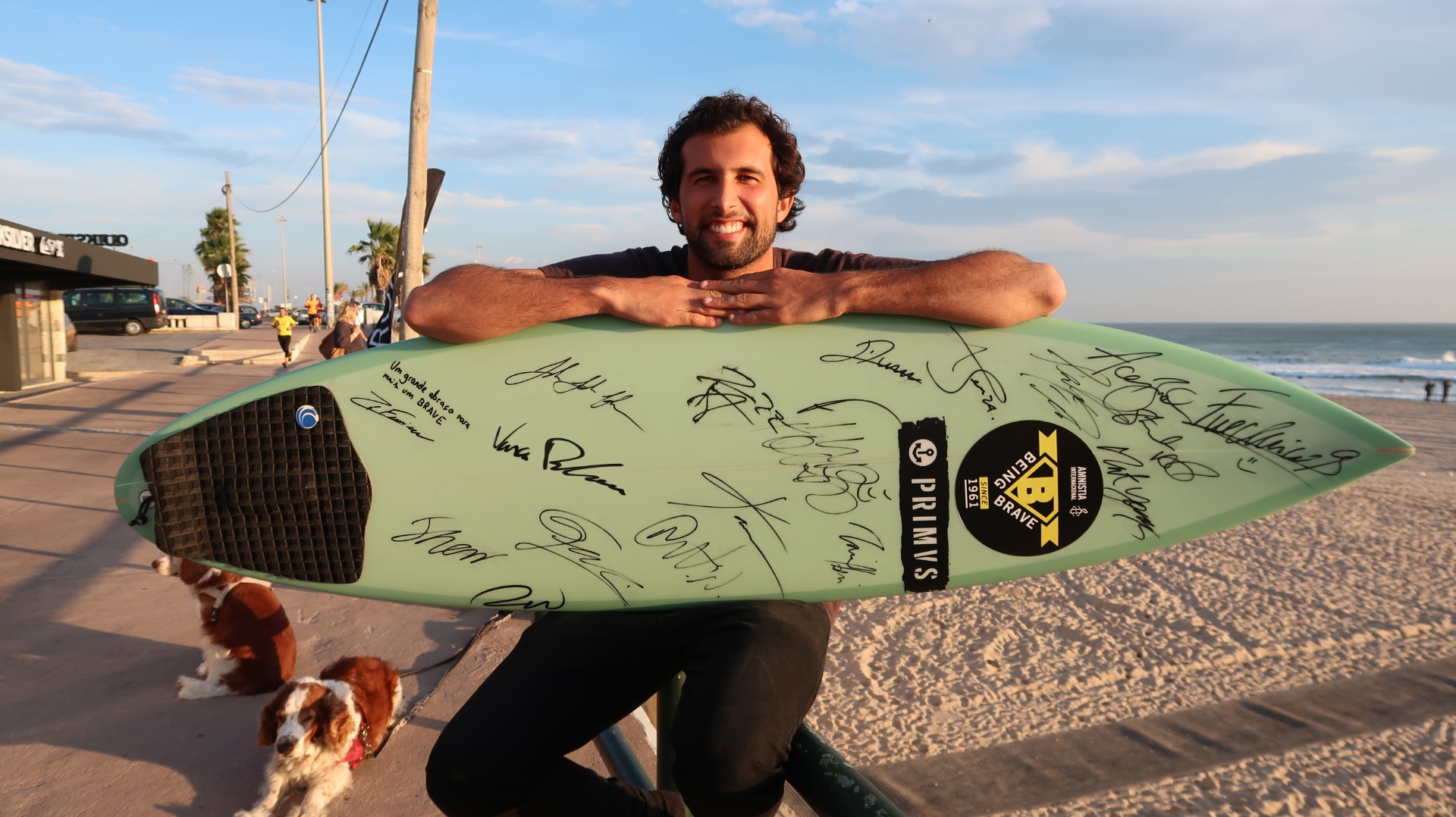 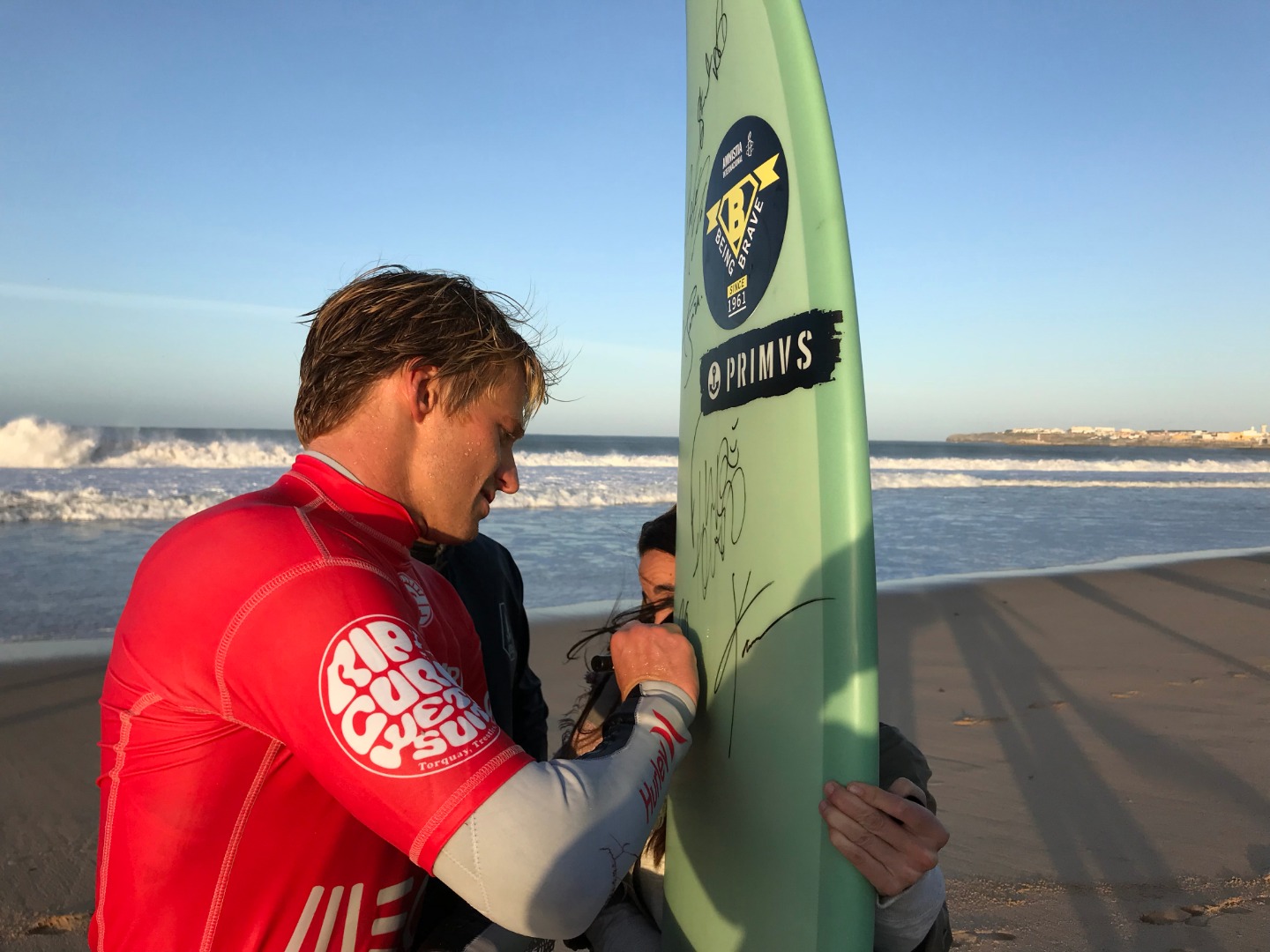 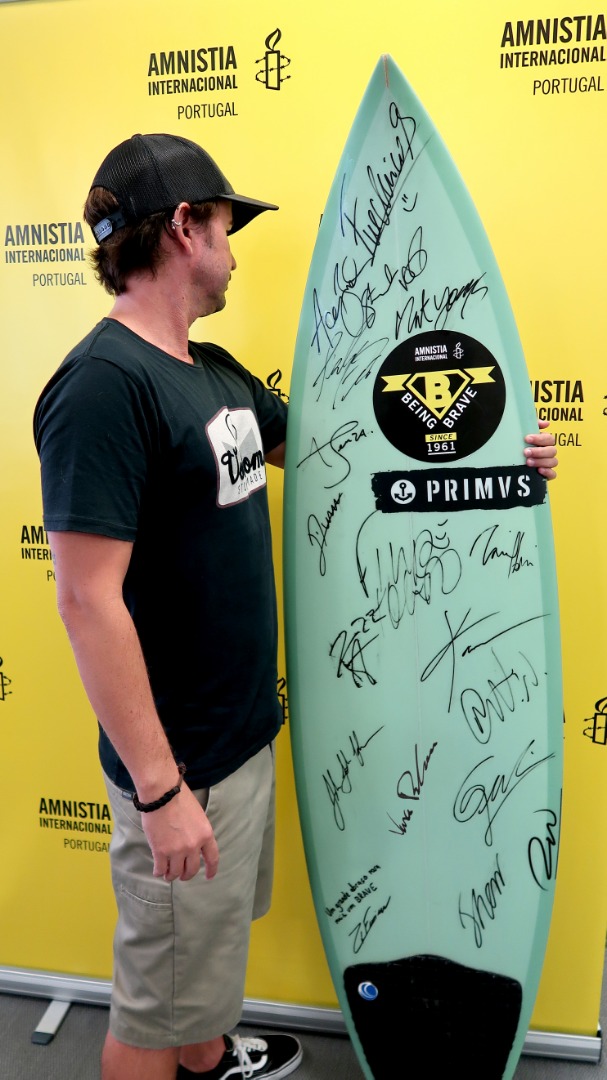 Surf Shortboard autographed by Kikas, Medina, Toledo and others

Proceeds support Amnistia Internacional Portugal.
Help to promote this cause

The biggest names in surfing are supporting Amnesty International. Gabriel Medina, Filipe Toledo, Frederico Morais (Kikas), Nicolau Von Rupp are some of the names that autographed the BRAVE shortboard that is now on auction.

The amount raised with the charity auction of this shortboard – kindly provided by the PRIMVS surf shop in partnership with Homeblown The Factory - Surf Blanks & Glassing Services – will go in full to Amnesty International to help make this a fairer and freer world.

Only the bravest can tackle rough waves, just as only those who are truly BRAVE can be defenders of human rights in some countries of the world.
Reports show that in 2016, people were killed in 22 countries only because they dared to defend their rights. In other dozens of countries people who do this work were arrested, threatened or tortured. We’re talking about activists, students, journalists, teachers, doctors, farmers, and so many others.

Amnesty International is a non-governmental organization working to ensure that all people in the world have access to all human rights and that we are all truly equal. More about the organization at amnistia.pt