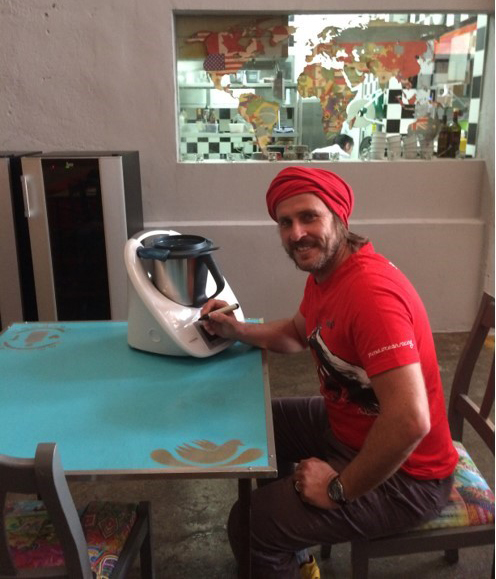 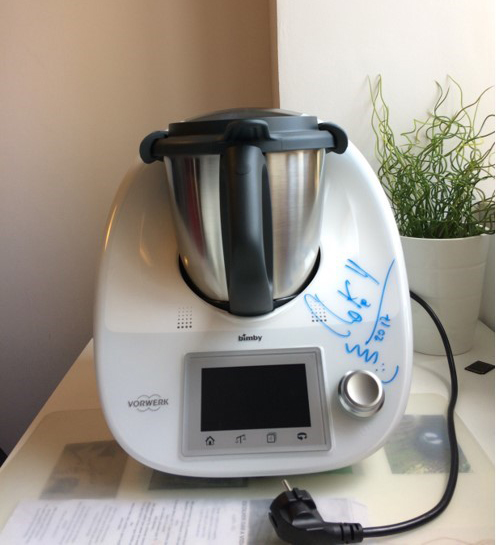 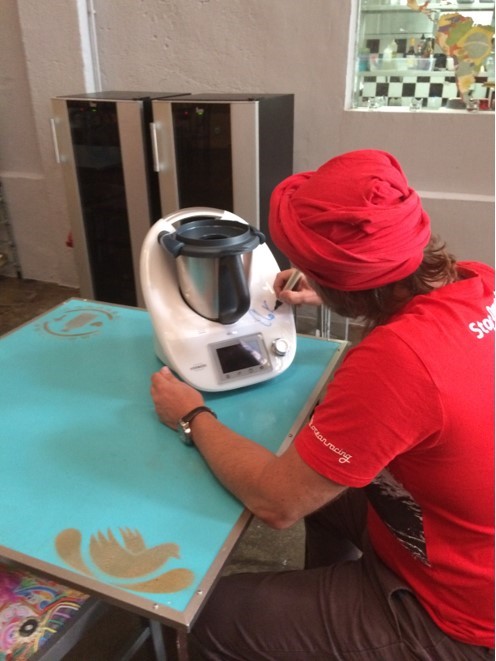 The bimby is new and has no accessories.

Chakall was born in Tigre, Buenos Aires. He is the son of five cultures, with family of Galician origin, Swiss-German, French Basque, Italian and Argentine. Chakall is a traveler, a cook and a lover. Perhaps not in this order, but only he can set the right order: a man who travels and falls in love with distant places and collects flavors. A lover of the cuisine and the countries he goes through. Its brand image is marked by the turban that replaces the typical Chef's hat, and by the closed Argentine accent. Two characteristics, coupled with his mastery of cooking and his keen sense of humor, have given him a unique look and a different approach to international cuisine.

Chakall autographed this bimby to be auctioned in favor of the Associação Leigos para o Desenvolvimento that has been working for 30 years for integral development and integrated in Portuguese-speaking countries.

The amount raised is in favor of the missions being developed by the Association in Angola, Mozambique and Sao Tome and Principe.